A year ago I had no clue who my spirit guides were.  Spirit Guides are souls who assist us in our lives on Earth.  They can be a friend or a relative that you never knew.  Through meditation, readings from other talented intuitives and help from my intuitive friends, I know several of my guides today. Recently I met a new spirit guide, and I am sharing the story with you because it's a fascinating story of synchronicity.  In a previous post, I wrote about the clues that Spirit leaves you and how it's a puzzle that you must put together.  Learning about my new spirit guide came to me in just this way, pieces of a puzzle that I finally put together. 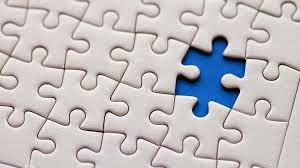 One evening. I was following a guided meditation and I was supposed to see a significant symbol for me.  I saw an ornate bow and arrow.  It looked like it was custom made and it was given to me (probably in a past life) as a gift from a king or queen.  I didn't know what it meant at the time but I filed away this information in my mind.

One morning last week, I left my toddler in the kitchen with her breakfast and went up stairs to change. She immediately followed me up the stairs and said she was scared.  I asked her of what.  She said, I am scared of the basement.  I asked, is there someone in the basement?  She said, yes.  A big boy  or little boy?  Big boy. she answered.  I thought uh oh, not another spirit!  But I didn't have time to deal with it at that moment so I said a quick prayer to Archangel Michael to remove any spirits that were not there for our highest good.

Later that I day I was doing Reiki on a friend.  I always connect to Spirit when I do Reiki and I was focusing on her when she says to me, "I have to tell you something.  Someone is here and he keeps saying, tell her I'm here.  Tell her I'm here."  My mind immediately went to the "big boy" in the basement.  She didn't have any other information so I tried to tune in to who this was.  It was a male, older maybe in his 50s and he was wearing a crown.  The name that I got was Richard.  I tried to communicate with him but the veil was thick so I asked Archangel Gabriel to help me figure out who he was.  Gabriel told me it was King Richard and he was here to give me a message.  The message was about the bow and arrow!

King Richard told me that I will be "hitting my target more and more and with better accuracy."  He didn't say with regard to what, but my intuition says this has to do with my psychic gifts.

A few days later I looked up King Richard on the web.  I knew there must be several in Britain.  I looked at pictures and saw one that resembled the spirit I saw.


Then I read this, "killed by a crossbow."  Apparently a boy shot the King out of revenge for his parents' death. King Richard actually pardoned the boy and let him go and he died of gangrene as a result of the bow shot.

I still haven't figured out the details about the meaning of the bow and arrow but leave it to Spirit to come up with such an amazing synchronicity!