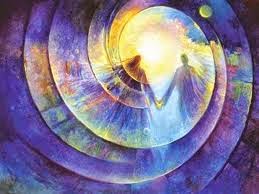 When I first discovered that I had the gift of mediumship six months ago, I pictured myself helping others with this gift.  Perhaps I would connect a person with a loved one who passed and finally offer them a sense of peace.  But I have to come to realize that there is an unexpected bonus to mediumship, not only do I help people who are in the physical, but I can help spirits.  I am going to share a story with you where I did just that.

As a Reiki practitioner, I connect to spirit while at the same time channel the Universal Life Force of Reiki to help heal my clients.  After several attempts to reserve an appointment, I finally booked a Reiki session with a young mother of two.  Before I started the Reiki session, I always sit down with my clients and get a feel for where they are emotionally, physically and spiritually.  I also make sure they know that I can receive messages from Spirit during Reiki and that they are comfortable with that. My client was comfortable with this so we proceeded.

Almost immediately I sensed a male presence, who was her brother who passed away as a result of an overdose.  She told me that she had been sensing him for years since his death.  She would see shadows or literally he would throw items across a room to get her attention.  Her only hope was to speak to him again and now she had the opportunity.

He told me that his death was accidental.  He felt some remorse over this.  I kept getting the word twins although they were close in age, they were not twins.  After one hour of communication with him, I closed the session.  My client had been crying the entire session.  She told me she felt better and felt that she had closure.

That evening as I lay in my bed trying to fall asleep I felt distracted by a presence in my room.  This is not new as higher spiritual beings often try to communicate with me when I am falling asleep (sometimes they even wake me up in the middle of the night).  Well I was tired and in no mood to communicate so I said whoever it is, go away.  But my request didn't work.  So then I asked Archangel Michael to take away any spirits or beings because I wanted to sleep.  Then it worked! 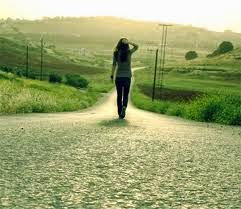 The next day, I went for a walk around my neighborhood and I could not stop thinking about my client's brother.  I knew something was up, because it's not like me to think of someone who I never knew and really, has no meaning in my life.  I knew that he was with me and I was not sure how to get rid of him.

Ok, now I am trying not to freak out.

Because I am new to this I consulted my mentor and a fellow intuitive friend for advice.  My mentor said to tell him to go away until I am ready to talk to him during another Reiki session with his sister. My friend told me that I should talk to him, because once he delivers his message he will go away.

So I sat in meditation and it was like he was literally hovering over me.  I asked him what he wanted. I felt an overwhelming sadness.  He started telling me how sad he was, how much he missed being physical on earth and how much he missed being with his sister.  I tried to console him by telling him he was in spirit world now and that the separation he was feeling was an illusion.  He can actually be with his sister whenever he wants to.   But this approach didn't work.

I was racking my brain on why he was having such a hard time.  Then I thought twins!  I asked him if his sister was his twin soul.  He said yes.  No wonder!  Twin souls or twin flames have a special connection.  They are considered each other's half: the feminine aspect and the male aspect of a soul. When they are incarnate together, which is rare, they often act like twins, reading each other's minds etc.

Now it made sense why he was having such a hard time letting her go.  I instinctively felt he needed more healing so I told him this and asked him if he wanted me to help him.  As tears ran down his face, he said yes.  I immediately asked Archangel Raphael, the Archangel of healing to come and help him.  I saw Raphael arrive, put his arm around him and swoop him up into the sky.  I knew that Raphael was taking him to a special healing place in the spirit world, a sort of hospital for those souls who were not adapting well in the spirit realm.  And I sensed he was gone. 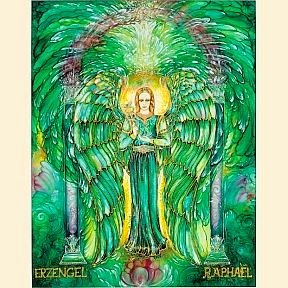 I immediately contacted his sister to tell her what happened.  She seemed concerned that she would no longer be able to sense him or even ask him for protection, as she often did.  I told her it would be temporary and when he returned, she would know.  She said for the first time since his death, she felt peace and felt like a heaviness of sadness had been lifted off her.  I knew that this sadness came from her brother and it was gone now that he was receiving the help he needed.

If I could only convey to you how amazing I felt after this experience.  When I help a soul, whether they are incarnate or not, it makes my soul sing!  It confirms to me that I am doing the right thing and finally living my life purpose.
Posted by newyawk2000 at 7:05 PM