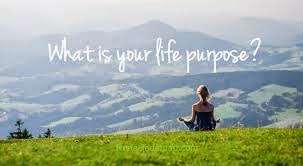 Yes I know it's been a while since I posted.  Things have been weird lately.  I mean, I still see many angel signs (feathers and numbers and even angel wings in the bathroom mirror) but feel like Spirit has been quiet...like they are "busy."  I have a good friend who is an Angel Intuitive as well (you can check out her website here) and she's been feeling the same thing.  She's even gone as far to say she's losing her psychic abilities which I know is not true. 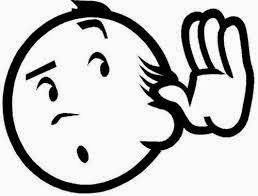 But I wanted to spend time talking about finding your life purpose.   I have been searching for this my entire life.  I always did well in school (despite not excelling at aptitude tests like the SAT or GRE) and I have always wanted to help people, especially people in dire need of help, such as the poor, the hungry or those suffering from war.  By the time I was a college student at New York University (NYU), I narrowed my major down to Urban Studies.  Being a native New Yorker and in love with the city at the time, I felt it was my duty to help.  I looked at government as being the answer or way I would do this.

After two years at NYU, I transferred to SUNY Binghamton basically because of tuition costs.  At the time NYU cost $22,000 a year (seems low compared to my nephew's current tuition of $56,000 a year), so I felt it would be better to transfer there.  The catch was there was no Urban Studies major available, so I picked the closest thing: Political Science.

When I graduated in 1995 I had no idea what kind of job I could get.  A friend suggested I go to grad school so I dodged that bullet and got my Masters in Public Administration.  After graduating I moved back to NYC and got a job in development.  I soon realized I didn't like development and started applying for other jobs.  Actually let's be honest, I got fired from that job and I didn't really care.  I applied for federal jobs because it paid more.  I got offered a job in the city and in Washington DC and I decided to go to DC. 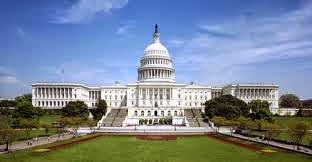 To make a long story short, I kept trying to make a difference but it wasn't working.  And I kept running into crazy office politics, or I got promised to move to a department I wanted to be in and it never happened or, saving the best for last, at my last job I got appendicitis and almost died.

Okay I get the picture now.

All the money and time invested in that career didn't seem to matter.  I know now that this was not a path I was supposed to continue.  So in frustration, I begged my husband to let me leave that job. I did and I focused on something else, having a family.

After my oldest daughter was born, I became a Stay At Home Mom.  And I was happy.  At least I didn't have to deal any difficult people at work.  But I still had that nagging feeling, How was I going to "help"? 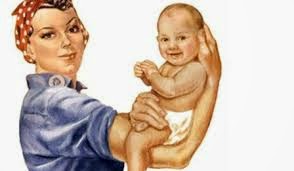 Last fall, after seven years of being a stay at home mom, I hit a wall.  I was burnt out.  I hated cooking. I hated doing the laundry.  For years I told myself that I was supporting the family but I needed to do something for myself.  Something other than being a mom or a wife.  So I did two things: became a certified Zumba instructor and got a job teaching art.  I loved teaching art and I still do it.

In the meantime, a friend and I reconnected and we both realized we were on the same spiritual path. She was getting trained in Reiki but I had no interest in it--she is now a Reiki master.  But something changed in me by last spring.  I wanted to try it and I loved it.

I finally found how to help others.  When I conduct a Reiki session, I help my clients release emotions, discover their past lives, reunite with passed loved ones and even learn who their guardian angels are.  When my clients leave they literally look like a different people: relaxed and at peace. That peaceful look on their face is absolutely priceless.

So I finally figured it out after 41 years!  I thought I never would.

I know that my life purpose does not end with Reiki.  I have had two readings with similar messages. The first was "I've just begun" and the second was "this is just a dress rehearsal."  Yes that's right, everything UP TO THIS POINT WAS PRACTICE!  This is what I have done so far since April 2013 (my moment of awakening):


And this is just the dress rehearsal.  Wow!  Something big is going to happen and it's delicious to wait and see what's to come.

Are you ready to go on the ride with me? 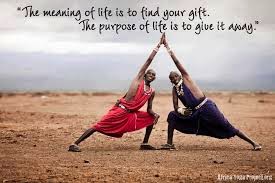