The Ghost in My Basement

I never really liked to go to the basement by myself, especially at night.  In general, basements and attics give me the creeps.  I have a theory that ghosts (spirits stuck on earth) or souls (spirits that can come and go) like to go to these areas of the house.  Maybe they don't want to be bothered?  Who knows.  That explanation makes more sense for ghosts rather than souls.

Over the years I have discovered that I could feel other spirits' presence.  It's like you know that you are not alone but that other person is invisible!  Sometimes it can make me uncomfortable.  I am OK with knowing they are there but I usually send a silent message not to show themselves.  I think this also explains why I was so afraid of the dark as a child.  I believe I was feeling those spirits and it freaked me out.

I could feel that there was presence in my basement.  But I had no idea who it was.  Recently I figured it out.  But you have to hear the back story first...

Last Christmas my sister came to visit with her family.  She brought her dog with her.  They put his crate in the basement and then asked him to come down the stairs.  He just stood at the top of the stairs and barked and whined. My sister said he usually doesn't act like that.   I thought to myself, uh oh. Maybe he's picking up on the spirit that I was sensing as well? Eventually we coaxed him downstairs and he never fussed again.  But that event stayed with me.

Recently I took a Tarot class with medium/shaman Joy Andreasen.  In our second class, we were discussing dreams.  She said that sometimes you dream about a person because they are actually thinking of you.  Sometimes I dream about random people that I know, and wonder why am I dreaming of them.  Before we met for our last class, I dreamed of Patrick Swayze.  And no, I had not watched any Patrick Swayze movies or heard any music form Dirty Dancing lately.  I dreamed that he and I were in a relationship and we were walking around Los Angeles.  And Patrick was very unhappy.  We went to place to place and after a while, I turned to him and said, "You know why you are unhappy?  Because this place does not fit your values."  When I woke up I thought, why in the world am I dreaming of Patrick Swayze?

So I posed this question to Joy who said she believed I actually had a soul connection with Patrick Swayze in the dream.  Then she asked me if I had dreamed of others who passed.  I said, yes, all the time.  I thought everybody did, but I have since learned that this is not common.  She told me that she believed I had mediumship abilities and that she could help me with this.  How could I turn down an opportunity like that?

That night several things happened to me to remind me why I didn't want to communicate with "ghosts." My husband was out of town so I was already nervous about sleeping alone.  I don't know why I feel this way but he's like my security blanket.  Anyway, I went down to a utility closet in the basement and as I entered I saw a flash of movement behind me and to the left.  Then I paused and thought "child girl."  I thought hmmm I think I will leave the basement now!

As I was getting my daughters ready for bed that night I was taking care of my toddler while my seven year old was in her room.  My seven year old comes to me and says, "Mommy I heard a sound.  It sounded like a child but I know it wasn't my sister."  Now I am freaking out even more...my daughter didn't give me any other details and she couldn't imitate the sound.  I decided to drop the subject so my daughter wouldn't be afraid as well.

Later on the same night, I was journaling and I heard an exhalation.  I stopped writing and knew it was the same spirit I saw earlier and that my daughter heard.  Needless to say I slept with the light on that night!  I also emailed  Joy with my concerns.  She told me I can learn how to turn off the communication at will. 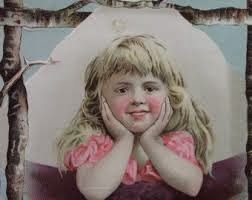 During my first mediumship class with Joy, I connected with three departed souls.  The last soul I connected with was a little blond girl around the age of seven named Mary.  Joy guided me to ask her questions, like how did she die?  When I received an answer, it wasn't like I heard it.  It's more like I "know" the answer with my thoughts or I would see an image and describe the image.  I was not unfamiliar with this because I experienced this "knowing" when I did the past life regression (see second blog post). She communicated that she died in an accidental drowning in Goose Creek in Leesburg, VA.  This location is not far from my house.  So I determined that she must be the spirit that was visiting my house!  I asked out loud and to Joy that I didn't sense her being stuck here.  And Joy felt she was just a spirit that liked to visit.  I also "knew" that she liked to visit and she especially liked my older daughter.  She seem to be attached to me as well.  I suddenly knew that this spirit and I had a past life connection, I was actually her mother in a past life!

A day later I had another realization.  Last fall I had a physic reading with Dennis Jackson over the telephone.  He asked me if I had three children.  I told him I had only two.  He said that there was a third soul waiting to be born to me.  He said it didn't have to happen because we have free will.  I just felt touched there was another soul who wanted to be born as my child.  But I definitely don't want to have anymore children.

I now know that this third child is Mary.  This is the wonderful thing about the spirit world.  It's like putting the puzzle pieces together.  The Divine leaves little clues around until you figure it out.